This is why we do what we do!

*Note: These photos are posted with permission 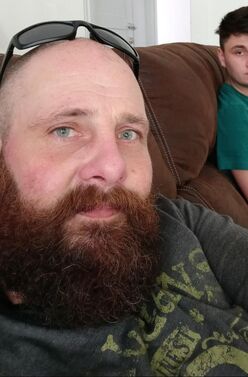 Cory and his two sons, ages 17 and 14, found housing with help from the TLOT Village. Cory became homeless when his landlord passed away and the family sold the home he was renting. He worked the night shift at a local manufacturer and slept in his car during the day before finding TLOT. We are blessed to have met him when he visited our ministry headquarters to shower. 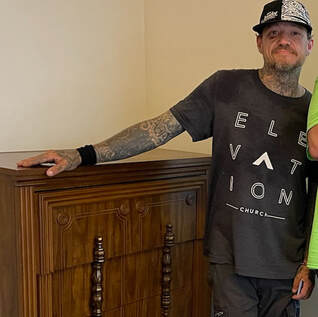 We were blessed to help our friend Josh secure housing. After serving our country and then falling on hard times, he found himself living on the streets in Roanoke. Thanks to TLOT and the community, Josh now has a home.

Josh is now one of TLOT's best volunteers serving at the ministry headquarters on Mondays, Wednesdays, and Fridays. 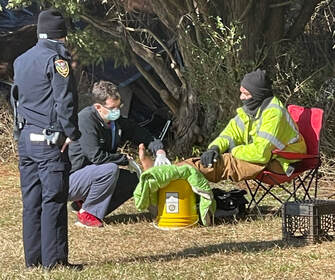 In March 2021, we were contacted by the Roanoke City Police about a gentleman  who needed shoes and had severe wounds on both of his feet. Before heading out to the campsite in the ministry truck, we contacted our friend, Dr. Jack Perkins who is a very compassionate local ER doctor, and explained the situation. He agreed to meet us at the homeless camp to assess the situation and offer recommendations.

After visual examination of the wounds, with his kind and compassionate demeanor, he encouraged the gentleman to come see him at the ER the following day to get the care he desperately needed. The gentleman complied and, in the days following his ER visit, TLOT assisted with transportation to medical appointments to continue the treatment for his serious wounds. He is now in housing and receiving much needed medical care. Thanks to the concerted effort between RCPD, TLOT, and Dr. Perkins, our friend is on the path to recovery! 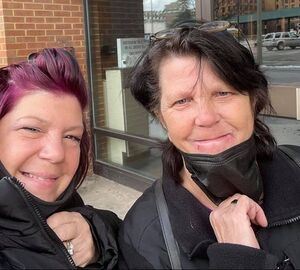 A TLOT volunteer found our friend Lisa (pictured on the right) sleeping on the concrete floor of a bathroom at a Roanoke City park . She had been lured away from her hometown to Roanoke by a man who ended up stealing her phone, money, and belongings. Since she was not from this area, she didn't know where to go or what to do. She had been without food and warm blankets for three days before our volunteer found her.

Fast forward four days when TLOT received a phone call from a woman in Oklahoma looking for her missing sister. She had reason to believe she was in Roanoke. The sister heard about TLOT from a local hospital when she called to see if her sister might be a patient. Through our community relations, the hospital gave her our number and we made the connection that our friend Lisa (the woman sleeping on the bathroom floor) was her sister! We returned to the park and located Lisa in the same bathroom and told her that her sister was looking for her. She burst into tears!

TLOT purchased a bus ticket for Lisa to be with her sister in Oklahoma. We were also able to give them the opportunity to talk over the phone before her journey home. 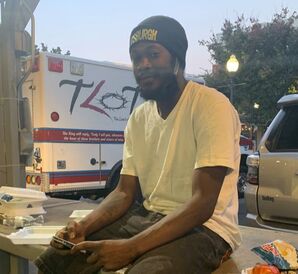 Despite his homeless circumstances, Derrick always managed to maintain employment. Sometimes that meant walking or biking for miles and miles to get to his job. With help from TLOT, he finally found housing after living on the streets for two years. Check out this news story that featured Derrick. 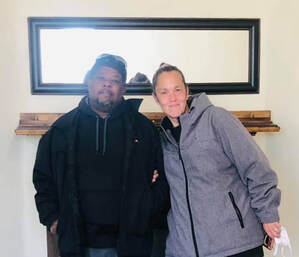 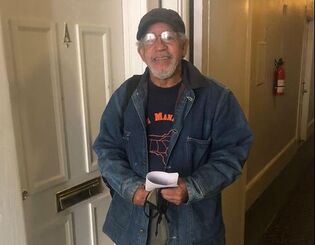 Barry, a 70 year old Army veteran, was housed after experiencing homelessness for about a year. 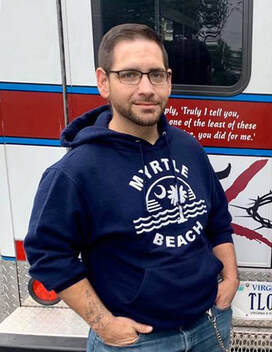 This is a friend of ours we met while serving the homeless on the streets. He approached us and offered us a cash donation while sharing his story about how he used to be homeless. He explained that a struggle with drug addiction caused his circumstances and he remembered how the TLOT Ministry team engaged him and assisted with some of his basic needs from our ministry truck.

He is now sober, housed, and employed. He is also attending college for graphic design. As he handed us his donation he said, “You helped me and I just wanted to give back!” 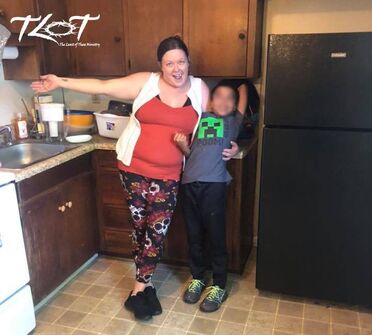 ​In September 2019, we were blessed with the opportunity to move this mom and her 9-year-old son into their new place. They were beyond excited and immensely grateful for everything! 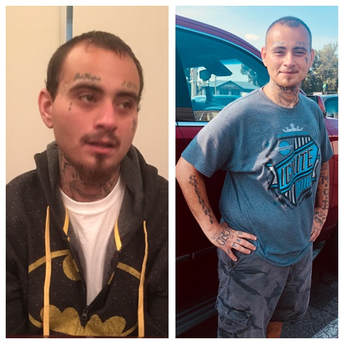 We met Mike in November, 2016. He was homeless and had recently been discharged from the hospital. He was outside in snow and ice wearing flip flops because his legs were too swollen to wear shoes. Mike  had a very difficult youth and, as an adult, has struggled with addiction. But God!!!! Mike is clean, employed, housed, saved and thriving! The photo on the left was right after we met him. The photo on the right is today! Mike is proof that God places the homeless into families because he is a big part of ours! God is the Provider, Redeemer, Restorer, Deliverer, and Author of our Salvation! We are grateful to this community for helping to make this transformation possible! ​