12/30/2021
Truly I tell you, whatever you did for one of the least of these brothers and sisters of mine, you did for me. -Matthew 25:4
MAKING AN IMPACT WITH YOUR FINANCIAL SUPPORT
It takes a TLOT Village to help our homeless friends like Josh 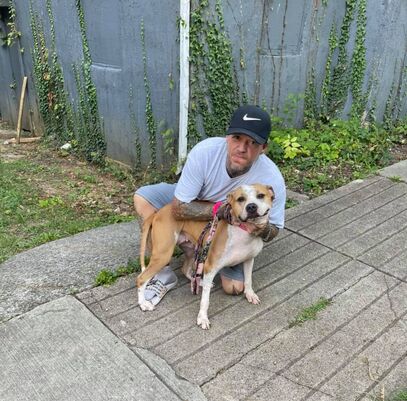 ​JOSH'S STORY:
​Less than a year ago, I was released from prison for the second time. For about seven years of my life, I was behind bars. This most recent time, when I was released, I was living here homeless on the streets and addicted to heroin...I was about to hit bottom again, for the fourth time.

I met Dawn and David with TLOT when they were out in their ministry truck faithfully serving, just like they do every day of their lives.

They would pull up, hop out, give us blankets, sleeping bags, hygiene items – stuff a lot of us take for granted. And as they left us, they would say some encouraging words.

One day, while I was speaking with Dawn, she was telling me everything the ministry offered, and she asked me how I was doing. She was treating me like a human being.
​
Somewhere in the conversation, it came up that I was a combat vet, and that I didn’t have an identification card. She told me that she would help me with that. She gave me a card with TLOT’s address and told me a time to come by. She said she would help me the best she could.

​A few days after our appointment, I was sleeping on Church Avenue by Texas Tavern and I was awakened by her. My ID card had come in the mail, and she sought out to find me to deliver it. That action alone spoke milestones to me. Now I will be eligible for other services like Medicaid and EBT and things like that. Things that I needed.

​Dawn has definitely seen me at my lowest point, and she showed me nothing but love and patience. I knew instantly, right then and there, there was something different about her. The difference was God and the work that she was doing through Him. And I could feel the Holy Spirit around her. And I realized that I wanted that feeling around me as well. 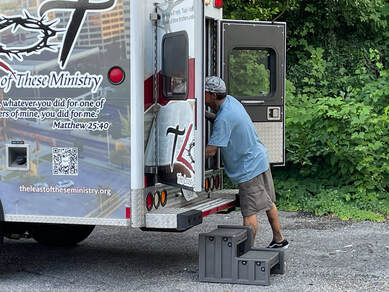 I had been saved a few years back, but I was backsliding. I had been telling myself that I wanted to get my relationship straight with God, but I had been putting that off because I knew in my mind that I couldn’t get high anymore. True Christians don’t get high.

In the next few weeks, I found myself at TLOT every chance I got… showering, doing laundry, talking to the volunteers. While I was there, not only did Dawn exuberate the Holy Spirit, all of the volunteers did. They were a rare breed to me. And I wanted to be around them as much as I could.

So one morning, I got down on my knees, and I talked to God about everything. I begged His forgiveness and asked Him to help me with my addiction. Something happened. He delivered me. Instantly. Now I am eight months sober and clean. I’m on track with God, and I talk to Him every day. He’s always on my heart.

Dawn took notice of this and saw the changes in me. She and David opened up their hearts and services for me. Before I knew it, I had my very own apartment. The power was on… in my name! I had groceries. She even helped me furnish my apartment. Everything I needed, seemed to just appear. God granted that for me through Dawn, and I was suddenly hopeful for the future. Something I thought was too far out of reach.

I was able to reconnect with my beautiful girls and the rest of my family as well. God has shown them my heart and that I was trying…really hard. I felt like I wanted to give back and show some gratitude for what had been happening to me. I started asking Dawn if there were little things, I could do around TLOT to start earning her trust. It felt awesome and I wanted to know that feeling forever.

Since then, I’ve been at TLOT, side by side with Dawn and David…and Karin and the other volunteers trying to make a difference, and also trying to give hope to other homeless people.

Redemption is possible through Jesus Christ. I owe so much to the Least of These Ministry, and I strive to make God’s will. Working with the ministry is hard work, but it is worth every minute of it.

If I hadn’t met Dawn, I would easily be dead or in prison. That’s the short version of my journey. 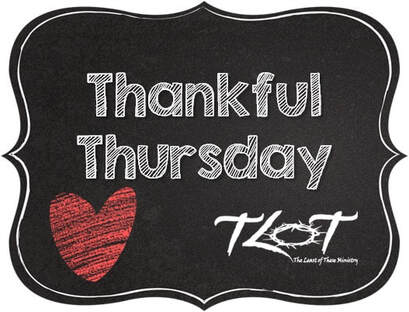 2022 THANKFUL THURSDAYS
Sign up to prepare and serve a meal for our unsheltered friends in 2022. Thankful Thursday is an opportunity for the community to directly serve the homeless community on the 2nd and 4th Thursday of each month. This is great way for small groups to serve together. Meals should be prepared to serve in a to-go box with proper plastic utensils included as needed. Bottled or canned drinks may also be served. To sign up for a 2022 Thankful Thursday, click here. ​
The continued support of the TLOT Village in the way of financial donations, purchases from the Amazon Wishlist, donated in kind items, volunteering, and prayer makes it possible for this ministry to make a positive difference for our unsheltered friends in the Roanoke Valley and for His Kingdom.